Is an employee or former employee (ie the “ambiguous owner”) claiming ownership in your business?

Contractors: Did you receive a Reservation of Rights Letter (ROR): What is it and why was it sent?

Uninsured Motorist Insurance: What is it and why should you have it? 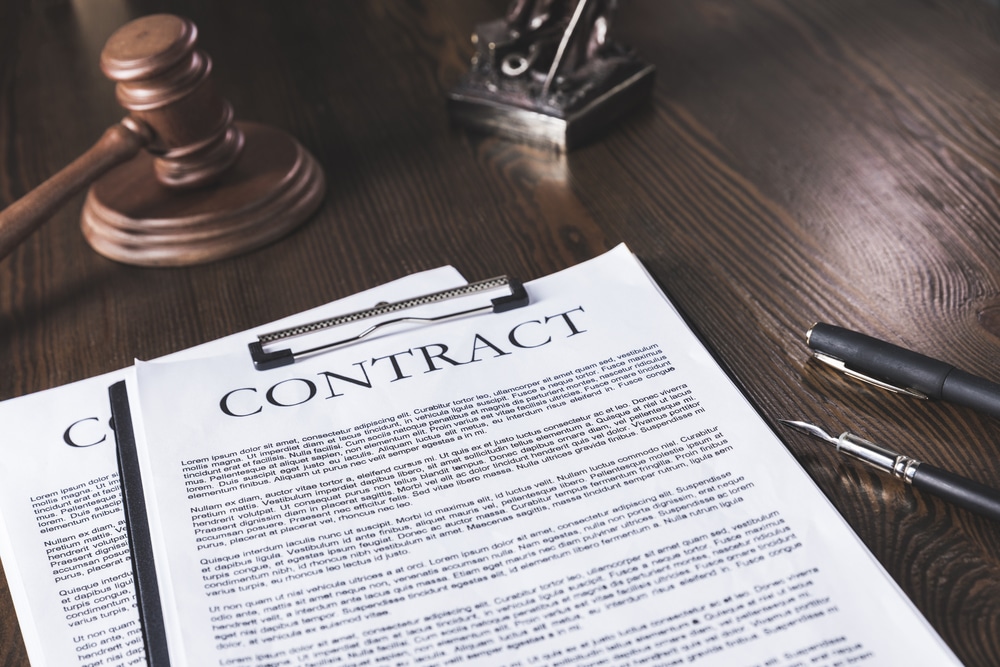 Believe it or not, it is not uncommon for an employee, former employee or consultant to claim ownership in a business. How and why these claims occur vary greatly. Whether it be the employee was promised ownership in the business in the past, they were referenced as a partner or owner in a meeting or he/she tried to leverage ownership after seeing the business prosper, the business failed to have proper operating agreements and corporate documents in place, or he or she feel their past contributions merited ownership, business ownership claims can be extremely complicated in Louisiana.

Unlike property ownership, there is no mandatory public record to reference and businesses , in fact, do not need to be registered in Louisiana. In Louisiana, the LLC is the most common type of business organization. There are many benefits to operating your business as a LLC including the simplicity of forming a LLC courtesy of the Louisiana Secretary of State’s online GeauxBiz platform. In addition, because LLC’s are fairly simple to form, the law is rather broad about their prohibitions and requirements. Simply put, LLC’s can be internally governed however the owners choose.

Owners often rely on the form documents provided by the Louisiana Secretary of State to protect their business.  Those documents are broad and not tailored to any specific business nor do they control the various issues a specific business would encounter on a regular basis.

The purpose of this article is to discuss the issue of the “ambiguous owner.” An ambiguous owner is a person or entity claiming ownership in your business, specifically a LLC.

When a LLC is formed, the Louisiana secretary of state requires a document titled “Articles of Organization” to be completed. In addition, an operating agreement is strongly advised for any business, even a single member entity. At the beginning of nearly all new business relationship, the member(s), which are the owners of the company, are in harmony and focused on getting to work on their intended purpose.

A written operating agreement governs the affairs of the business and serves as a contract amongst the owners. Due the relative novelty of Louisiana LLC law and the hybrid corporation-partnership principles that apply, the operating agreement will serve to prevent any unintended consequences.

Louisiana Revised Statute 12:1301 provides that an operating agreement is any agreement, written or oral, of the members as to, or in the case of a limited liability company having a single member, any written agreement between the member and the company memorializing the affairs of a LLC and the conduct of its business.

As the purpose of an operating agreement is to govern the affairs of a LLC, it should list all the members and their membership and the protocol for several procedural issues including, but not limited to, the following:

More importantly, perhaps the most critical element of a written operating agreement addresses the issue of allowing new owners or members.

The issue can arise if an owner dies or becomes permanently disabled. But what about when an owner sells its interest or you have an employee that believes they are an owner?

A written operating agreement should provide its owners with their ownership allocation.

Louisiana law provides that ownership interest is a thing, not including land, and that it may be assigned in whole or in part. If you do not have an operating agreement or an agreement that controls the transfer of ownership, the Courts will look to Louisiana law. Louisiana Revised Statute 12:1330 clearly states that an assignee of an interest is not yet a member and that an assignee cannot exercise any rights or powers of a member until he is admitted as such.

In order for an assignee to become a member or owner and be granted the powers, rights, and duties of an owner, the other owners(s) must unanimously consent in writing. If you are faced with an ambiguous ownership claim, the courts will look at the facts of each case. Presently, Louisiana Courts are unsettled on what factors to consider when determining who is a member of a LLC.

How have Courts determined whether an “Ambiguous Owner” is actually an Owner?

If your business does not have a written operating agreement controlling how owners can sell and buy interest, the courts will look to Louisiana law. There are basic principles of contract law at issue as well. For example, in order to become a member, it must be in writing. However, if you email an offer to a potential buyer, which is accepted, there is a possibility the courts may find there was a “meeting of the minds”, thus an enforceable agreement and potential ownership claim.

In Destiny Services, LLC v. Cost Containment Services, LLC, the 1st Circuit employed a fact-based analysis in finding that the plaintiffs were members of a business. In Destiny, a three member LLC submitted a joint proposal to the two plaintiffs inviting them to participate in the LLC in a maximum 20% “equity position.” The plaintiffs agreed and bought in at 5% equity transferring the equivalent monies which were accepted by the original owners. A dispute arose when the plaintiffs requested to inspect the LLC’s records but were denied claiming they were not members. In support of that contention, the defendants cited the annual report which only included the original three members. The Court considered the following factors, the plaintiffs’ contributions of capital, inclusion on tax returns, notice of meetings, and permission to vote. Finding that the plaintiffs participated in those events, the court concluded that they were owners.

In a similar case, Settles v. Paul, the Louisiana 2nd Circuit held that a LLC’s organizational document listing only Ms. Paul as a member was controlling even though a fact based analysis would conclude that both Mr. Settles and Ms. Paul were members. Ms. Paul and Mr. Settles formed Landmark Construction Company of Coushatta, LLC. While the couple intended for it to be equally owned, the organizational documents listed Ms. Paul as the only member. In addition, the couple split profits and costs and each were responsible for various roles at the LLC. After the two split, Mr. Settles requested access to the financial records as owner. Ms. Paul denied the request claiming that that she was the sole owner.

The Court applied a partnership theory to resolve the issue despite the company’s designation as a LLC. This analysis led the Court to conclude that the parties had inadvertently formed a partnership which acted as the parent company to Landmark Construction Company of Coushatta, LLC. While, it reached an equitable result, the Court was forced into an arguably odd line of reasoning because it had to circumvent the fact that Mr. Settles was not included in the membership list.

Should you have any questions or you would like to discuss this issue in further detail, please do not hesitate to contact us.

Can a Condominium Association Shut Off Water or Other Utilities For a Non-Paying Unit Owner?